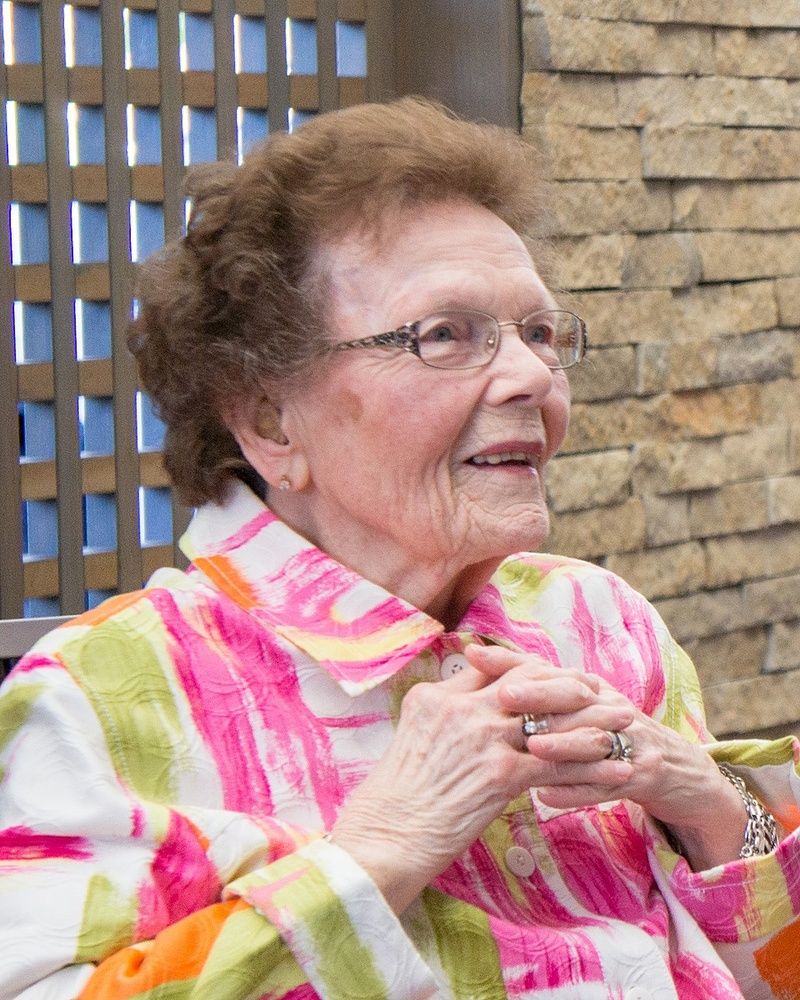 Eleanor M. Frey, beloved wife and mother, passed away of natural causes in Cleveland, Ohio on July 18. She was 94. Born to Neil and Myrtle Saunders, Elle grew up in Youngstown with her siblings Janie, Helen, and Robert, all deceased. In school her favorite subject was English, and she learned to play the cello and enjoy classical music. After living in Youngstown and traveling out west, Elle moved to Cleveland to work at the Lincoln Electric Company. There she met her husband of over 50 years, J. Gilbert Frey, who passed away in 2014.

Gil and Elle were a loving couple who did everything together and had fun. They entertained, attended the Cleveland Symphony and theater, and contributed their time to church, charities, and their community at Judson Park. After retiring, they traveled extensively including trips to four continents. At Christmas, Thanksgiving, and even Groundhog Day their house was stuffed with decorations which their children helpfully pointed out were excessive, but still loved. Gil and Elle would bake and give away thousands of cookies for Christmas, so many that the overflow had to be stored in the attic.

Elle was an avid reader, especially of fiction, biographies, and mysteries. She also had strong opinions about the personalities of golfers, a sport she watched whenever she could. While she was petite, Elle was stronger and tougher than she looked, smart, sharply funny, kind, and almost fearless, even when encountering a cottonmouth snake. She was a great mother, supporting and encouraging her children to be themselves but able to keep them on track with just a few words.

Elle is survived by her son Greg and his wife and her son Keith and his partner.

A memorial service will be held on Saturday, August 27 at 11am at the First Baptist Church of Greater Cleveland, 3630 Fairmmount Blvd, Cleveland 44118.

Donations may be directed to the Stephen Ministry or Recovery Resources in lieu of flowers
To order memorial trees or send flowers to the family in memory of Eleanor M. Frey, please visit our flower store.