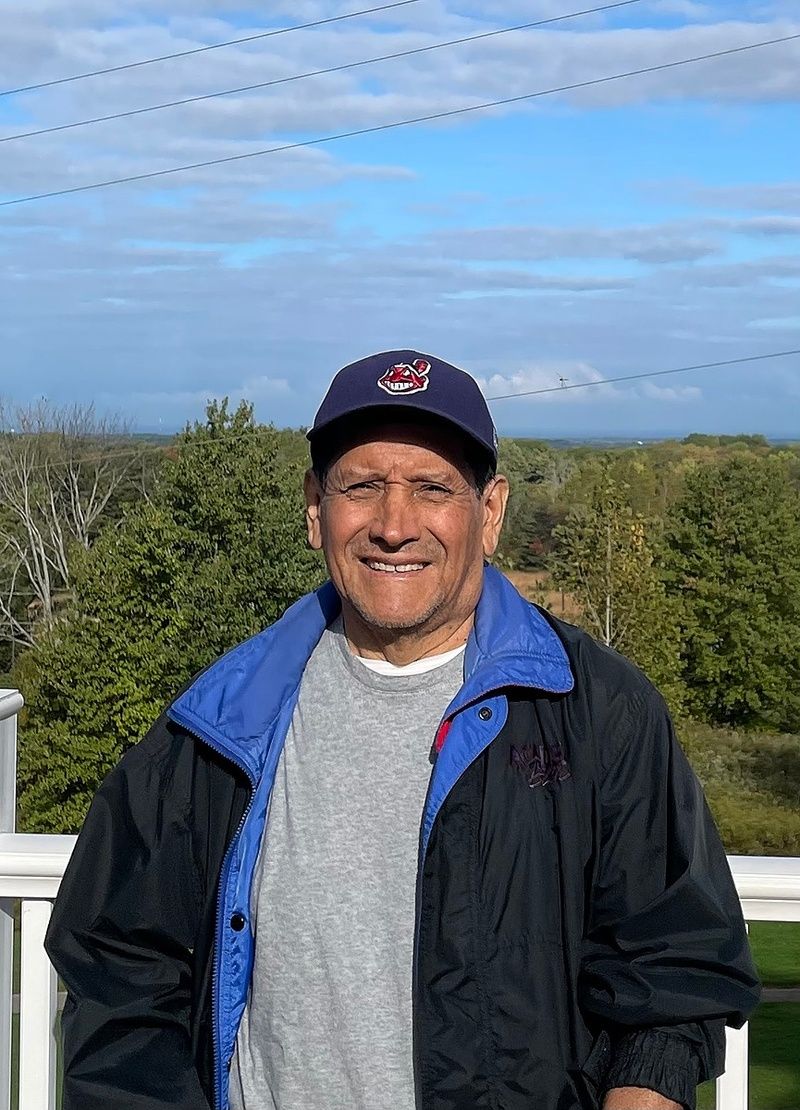 Felix was born to parents, Martin and Delia Alejos, in Ancash, a Peruvian region north of Lima. He was born a twin at birth. His twin, Claudia, unfortunately only lived six months. Eventually he and his five other siblings would move closer to Lima, Peru.

Felix would gather friends to sing and form a band in his Lima neighborhood. As a young adult, he loved swimming in the Pacific ocean. He also worked at an architecture firm in Lima. While Delia watched the bustling streets of the neighborhood, she would always see a woman running to the bus stop in heels. Delia would tell Felix how a lovely young lady would always pass by their house and how he should say hello! Well, 44 years later, he said more than a hello. Luz and Felix were married on January 19, 1979 in Lima, Peru.

An adventurer and seeking to provide the world to Luz, he traveled to Venezuela to find work. A year later, Felix returned to be with Luz. In the fall of 1980, they gave birth to a son named Giancarlo. During Felix and Luz's blossoming relationship, Felix's older sister, Maura, was working in the United States. Maura offered Felix a life in America with Luz. On board, Luz accepted and the journey to live the American Dream with endless opportunities began in the winter cold month of February 1982 in Cleveland, Ohio.

Wanting to return back to Peru, Felix could not bear the cold winter snowfalls. However, Luz was determined to find work and establish herself to a new life. Both found jobs, Luz at Beaumont School and Convent then University School, where she retired and Felix at Academy Blue Printing followed by Swagelok, where he retired. Together, along with Giancarlo, Felix and Luz would learn English and encounter the hardships of immigrants.

In the winter of 1984, they grew their family and a baby girl named Claudia was born. The four of them, along with Maura and eventually Felix's other siblings would travel to Cedar Point and Niagara Falls for family fun. Felix, Luz, and Giancarlo also became citizens! Felix always organized and gathered everyone together. He was the life of the party, making us laugh with his jokes, making silly faces and spreading his love.

Him and Luz gave and continue to give the world to their children. With successful careers, both Claudia and Giancarlo live the legacy of their parents' hopes and dreams. Felix will be greatly missed by everyone whom he encountered.

He is survived by his lovely sweet wife, Luz, children, Giancarlo and Claudia; sisters, Maura, Maria Rosa, and Elba; brother, Rogelio; grandfather of two, Giuliana and Leo. He is preceded in death by his parents Martin and Delia and his sister Natividad and twin baby sister Claudia.

Family and friends are invited to meet for Mass of Christian Burial 11 am Saturday, July 9 at Our Lady of Peace Church, 12503 Buckingham Ave, Cleveland 44120. Livestream via https://olpchurch.com/. The family will receive friends at Cummins Hall followed by the service.

In lieu of flowers, the family suggests memorial gifts to Our Lady of Peace Church.

You may also view Felix's parents and sisters obits with the links below:

ARRANGEMENTS BY MAHER-MELBOURNE FUNERAL HOME
To order memorial trees or send flowers to the family in memory of Felix Alejos, please visit our flower store.

Our Lady of Peace Church