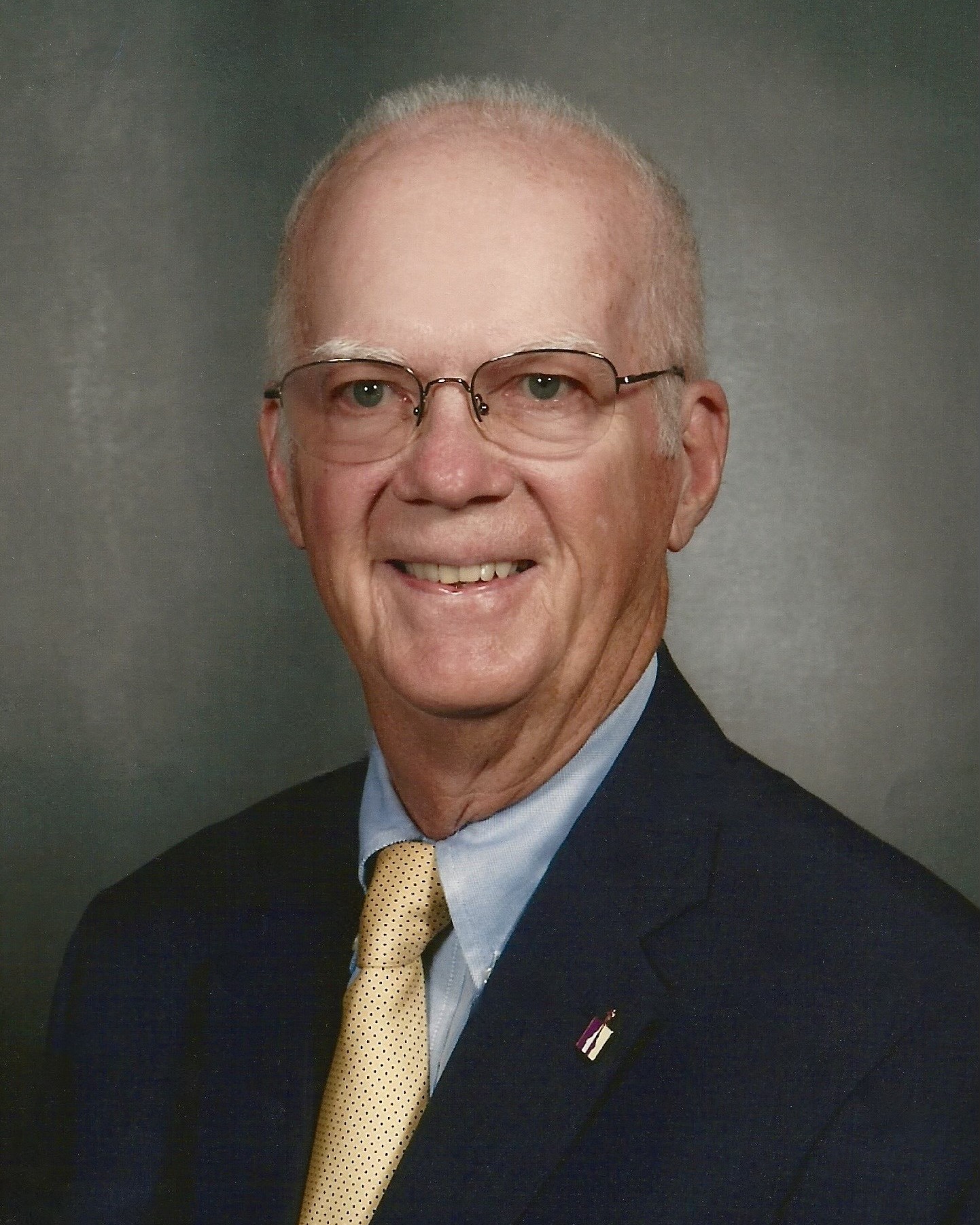 James Arthur Griffith went to be with the Lord, November 25, 2022 following a long battle with bone and brain cancer. He was born February 28, 1933 in Cleveland, Ohio, son of Marguerite (Ellis) and Arthur Griffith.
Jim was an Honors graduate of Shaw High School, where he played the trumpet and had his own jazz band. He continued his education by graduating from CWRU Adelbert College and Case Western Reserve Law School, 1958. He was a proud
member of Phi Gamma Delta Fraternity. He was an officer in the JAG Corps, US Army Judge Advocate General Corps.
Jim practiced law in Cleveland for 50 years and retired from McDonald Hopkins Law Firm. In 1999, he was honored when chosen as the once-a-year recipient for Outstanding Alumni with the CWRU Newton D. Baker Award for volunteer and
leadership to his University and his community. He was a golfer at Canterbury Golf Club and Walden Golf Club, and he was on the team “Schooners” at the Cleveland Athletic Club Bowling League. He was a Past President of the Cleveland
Athletic Club, 1982, and a season ticket holder to the Cleveland Browns and the Cleveland Orchestra.

After retirement to Bonita Springs, Florida, he became a Realtor for Royal Shell Realty, working exclusively in Spanish Wells Golf and Country Club. He continued playing golf at Spanish Wells up to 7 weeks prior to his death. He was the legal
coordinator in the take over from the builder of the then new Spanish Wells Marbella Development and their Homeowners Association, serving as President for 3 years. He was also a past member of the Spanish Wells Golf Club Board of
Directors.

He is survived by his wife of 46 years, Wynette (Wisby) Griffith; his daughters Carrie A. and Susan (Scott) Porterfield; his son Thomas J.; his granddaughter Abigail Lynn; his stepson Andrew (Lawanna) Houk; and his sister-in-law Mara-
Leigh Schafer, plus step-grandchildren, nieces, nephews and their families. Preceding him in death were his parents; his brothers Garth (Julie) and William (Tanya); and his stepson Howard Houk.

Interment will be a private family ceremony in Cleveland, Ohio. A memorial service will be held at the Maher-Melbourne Funeral Home, 5236 Mayfield Road (East of Richmond Rd.) Lyndhurst, Ohio 44124, at 2 p.m. on December 18, 2022.

In lieu of gifts and flowers, please donate to the American Cancer Society.

To order memorial trees or send flowers to the family in memory of James Arthur Griffith, please visit our flower store.