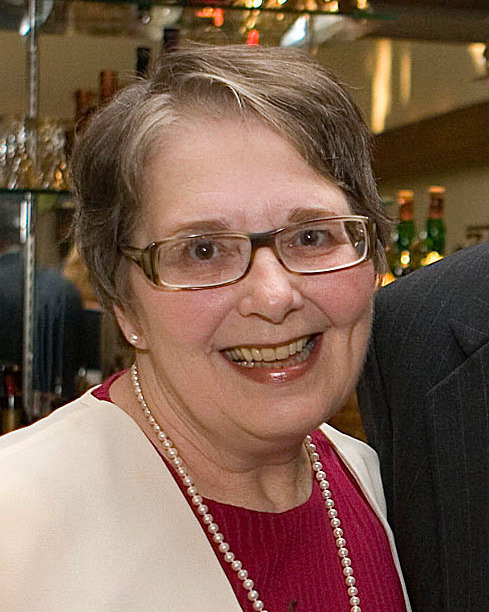 Super Mom, friend to all...

Sarah Ann Herman (“Sally”) was born in Cleveland, Ohio on April 5, 1943, to Walter and Josephine Nagle (maiden name Matevish), who were of Irish and Yugoslavian descent, respectively. Walt worked at the TRW factory; Josephine was an entrepreneur, running her own hair salon and bar.  Along with her younger brother, Jim, Sally was raised on Anderson Road in Lyndhurst Ohio, an eastern suburb of Cleveland.

From an early age, Sally loved music and was a gifted singer.  She recorded her own version of “Wild Irish Rose” at a local recording studio as a gift for her father.  Growing up, Sally loved to hang out with her extended family, aunts/uncles/cousins from down the street or from Ann Arbor, Michigan and Johnstown, Pennsylvania. The family loved to gather at the house on Anderson Road, sharing stuffed cabbage, coleslaw, and ambrosia salad, while telling stories as kids ran around creating havoc.

Sally graduated from Brush High School and became a nurse.  She married her high school sweetheart, Richard Michael Herman.  They had three children:  Rick, Donna, and Ron.  While Rich worked at General Electric as an engineer, Sal ran the house. Sally was known to go overboard to create a magical time for her children each Christmas, usually staying up all night on Christmas Eve to ensure that the decorations, gifts, and baking was just right.  She was a great cook, making the world’s best sour cream coffee cake with walnuts, cocoa, and cinnamon, as well as countless other dishes.  She spent hours shuffling the kids to their little league games, music and dance classes, cub scout and 4-H club meetings.

Sally provided the encouragement for Rich to become a draftsman and teach himself engineering, without going to college, by taking mail order Calculus and reading engineering books.  Her “Irish” and artistic side complemented Rich’s Germanic quest for precision and scientific beauty.   She also supported Rich to launch Valley Automation, an engineering and manufacturing company that started in 1987 in the family’s basement and grew to a successful company in Chagrin Falls, Ohio.

Sally and Rich raised their three children on West 151st Street in Cleveland and later in their “dream home” in the wooded environs of Bainbridge Township in Geauga County.  She was proud of her children, all of whom earned advanced college degrees and pursued careers that embodied her compassion, grit and creativity.  Rick (Kimberly) is an Immigration Attorney and author in Cleveland.  Donna (Dan) is an educator and is currently an Elementary Librarian in Washington. Ron (Don) is a Dean and Professor at Foothill College in California, as well as a visual artist.

Sally’s grandchildren, Ryan and Christopher Riviera, and Nathaniel and Isabella Herman, loved to talk with Grandma.  Ryan and Christopher would share their stories of hockey battles won on the ice. Nathan would talk about his swim meets and his never-ending quest to drop time.  And Isabella would provide regular updates on the progress of her classes, as well as confide in Grandma on the shortcomings of her parents.  The kids will surely take great inspiration from their grandmother’s life and her achievements.

Throughout her life, Sally loved people, would talk with anyone, and loved to laugh.  She made everyone feel welcome, would love to engage in conversation and share good food.  She loved to read, and listen to the rhythms of Barry Manilow, the Carpenters, Neil Diamond, Elvis, and Helen Reddy.

With Ron as a tour guide, she was able to travel to her ancestral land in Ireland, and embark on adventures to Italy, Portugal and Spain. These were trips of a lifetime that brought so much joy to Sally and Rich.

Through sacrifice and dedication, caring for her husband and children was the bedrock of Sally’s life.  After Rich passed away in 2008, she began to write a new chapter.  Sally sold the house in Bainbridge and bought a condominium in Broadview Heights where she lived for about five years.  She then moved to Gates Mills Club, a senior apartment building in Mayfield Heights, where she lived for seven years.  Sally made many friends there who often said, “You have the best smile,” “You always make me feel welcomed,” and “I’m glad you’re at my table.”  She loved the “Lunch Bunch” outings, as well as her weekly exercise class.  Bill, the exercise instructor said, “she was a gift, she never gave up, and she kept coming back.”

Speaking of accomplishments, Sally overcame one of the biggest hurdles in her life — quitting smoking after more than 50 years.  Her caregiver and friend, Reva, challenged her to embrace a smoke-free lifestyle. It was not easy, but she did it.  Similarly, Sally would not let long-standing health issues prevent her from enjoying life. She drew strength from God, and she knew that she was never alone. She was a fighter and proved to herself that she had it in her to reach her goals.

Sally loved Italian cuisine, especially pizza from Pizzaz, calamari from Arrabiata, and pasta from Piccolo.  She was particularly fond of Black Russians on ice (vodka and kahlúa), which the family dutifully and covertly delivered to her balcony during the Covid pandemic.

And boy did she love her Cleveland Browns, whether she was screaming in celebration of victory during the Brian Sipe and Bernie Kosar eras, or whether she was dutifully supporting the struggling team on Sundays in the decades that followed.  As her friends and family will attest, Sal was loyal and was always ready to lend a hand.

At the age of 79, Sally passed peacefully into nature’s arms on December 14th surrounded by the comfort of her family singing Christmas songs.  While her family and friends will painfully miss her, particularly her infectious laugh, the fruits of her life will be felt for many generations and long into the future.  While we celebrate Sally today, let us go forward remembering her generous heart, live life with random acts of kindness in her honor, and be the reason someone smiles. And most importantly…..keep dancing!

Heaven gained an angel with one of the BEST laughs ever!

To order memorial trees or send flowers to the family in memory of Sally Herman, please visit our flower store.